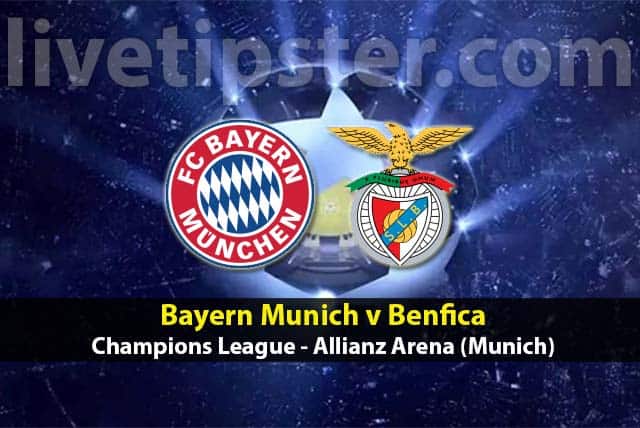 Bayern managed a thrilling qualification against Juventus. After the 2-2 draw in Turin, they had a terrible 1st half in Munich. They trailed by 0-2 but it could have been at least 0-4. Bayern was that bad. The second half though was a ‘crescento’ of the German champions, who equalised and made it through in the extra time (4-2).

Guardiola’s men remain first in the Bundesliga after Ribery’s first goal in 2016 secured a 1-0 win against Eintracht Frankfurt. Dortmund is 5 points behind and always a threat.

The Bavarians face a serious problem in central defense with Boateng, Badstuber injured and Benatia doubtful. Left full-back Alaba and central midfielder Kimmich have now had a few games paired in the center of the defence, but Bayern becomes… shorter and this has been an advantage for opponents. Especially those with good set pieces like Benfica. Robben is also a doubt for the hosts.

Benfica keep flying. Rui Vitoria’s won twice against Zenit, 1-0 at home and 2-1 away, to secure a place in the last 8. Rui Vittoria’s team is on top of the Portuguese Primeira Liga, 2 points ahead of Sporting Lisbon. The leaders passed easily through Braga with an excellent performance and an impressive 5-1 victory.

They definitely understand the difference between Braga and… Bayern, so they will need a more defensive approach. However, attacking duo Mitroglou and Jonas are one of the most in form in Europe and could cause trouble to the German defense.

Julio Cesar (GK) and Luisao are injured. Jardel and Andre Almeida (D) are back from suspension.

Our bet: The odds on the Germans is almost a joke. This is a Champions League quarter-final and we will be happy to see Benfica proving they have more chances than considered. We expect at least a goal from the Portuguese champions and the level of interest of the 2nd leg will be decided on how many goals Bayern will score.

Go to bet365 and back the following single bet which would return £168 for a £80 stake (odds in brackets for UK and Europe):