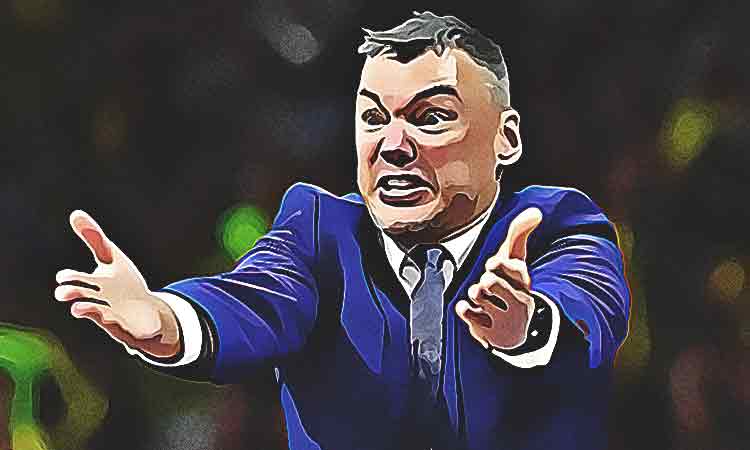 Find all 64 scenarios for the last day of Euroleague’s regular season here.

Round 30 begins in the Russian capital with CSKA hosting Baskonia. CSKA has already locked up second place in the standings and cannot move up to first or down to third regardless of other results. Accordingly, the main goal for Coach Dimitris Itoudis’s men will be to stretch their winning streak to four games before the playoffs. Baskonia leads the hunt for one of the remaining playoff spots and with a win will clinch sixth place and a date with Real Madrid in the quarterfinals. A Baskonia loss will complicate matters with possibilities of tiebreakers that could see Coach Perasovic’s side fall as far back as ninth place.

The Baskonia defense this season has allowed an average of 79.6 points per game – and 84.6 on the road. CSKA has won its last 10 in a row in which it has scored at least 80 and is 19-2 overall this season with that many points, including 9-0 at home. With little pressure on CSKA, if Coach Itoudis’s men can play their normal offensive game and reach their average of 86.9 points, the hosts will be hard to beat.

One area where Baskonia has a clear advantage over CSKA is frontcourt size; CSKA plays with undersized centers and tall stretch 4s. With Vincent Poirier (2.13 meters), Johannes Voigtmann (2.14) and Ilimane Diop (2.11), Baskonia will almost always have the biggest man on the floor and with Toko Shengelia back, it the visitors will be even stronger. If Coach Perosavic can turn that advantage into points, it will help the Baskonia cause greatly.

Efes will close down its regular season campaign at home when it hosts Milan. With Efes already locked into fourth place – no results can bump it up to third or down to fifth – Coach Ergin Ataman’s men are in playoff preparation mode with a clash looming against FC Barcelona Lassa in the next stage. Milan must urgently snap a three-game slide to have a chance at reaching the playoffs. The Italian champs will be in a good position to do that with a win, but will still need other results to go their way. However, a loss ends any chance of Milan advancing.

Efes boasts one of the most efficient offenses in the EuroLeague and coupes that with a lineup that features some top-notch defenders. Milan has allowed the second-most points in the league this season (86.7 ppg.). Efes is 12-0 this season when it has scored at least 87 points and Milan is 5-9 this season when it allows that many. Scoring 87 – for an Efes team already averaging 84.9 per game – may be the magic number on Thursday.

In Milan’s lowest-scoring game of the season, it scored 66 points and managed to beat Olympiacos Piraeus in Round 26. In the team’s next three games, Milan averaged 86.7 points on offense, but lost all three due to a porous defense. In a tense Round 30 game, Milan may be better slowing the pace initially. Finding a way to control the pace and keep Efes guessing would be big for Coach Pianigiani’s men.

After missing in its first chance last week, Panathinaikos will try to claim its last chance to reach the playoffs when it hosts Buducnost. The Greek champs can finish anywhere from sixth place until 10th, but control their own destiny and will be at least seventh with a win – and sixth if they win and KIROLBET Baskonia Vitoria-Gasteiz loses. That latter scenario would set up a repeat of last season’s playoff with Panathinaikos facing Real Madrid. However, if the Greens lose, they can find themselves in a complicated tiebreak scenario with as many as six teams with 15 wins.

A high-scoring game is in Panathinaikos’s favor. Not only do the Greens average nearly 5 points more per game than Buducnost (79.4 to 74.6 ppg.), but Panathinaikos is 9-0 this season when it has scored at least 85 points. Buducnost has allowed an average of 84.9 points per game this season.

Many of Buducnost’s biggest wins this season have come thanks to excellent three-point shooting, which is perhaps Panathinaikos’s biggest weakness offensively. With Goga Bitadze’s presence to protect the rim, the visitors can put pressure on the Panathinaikos shooters and if Buducnost is knocking down its threes, it could spell a Round 30 upset.

Two of last season’s Final Four sides meet in their regular season finales when Madrid takes on Zalgiris in the Spanish capital. While the defending champs can use this game as playoff preparation – Madrid will finish the regular season in third place regardless of other games – Zalgiris is on a league-best five-game winning streak and still fighting for a playoff berth. Zalgiris is thoroughly dependent on other results, but will better its chances significantly with a victory. Still, Zalgiris can win and finish outside the playoff zone, or it can lose this game and wind up eighth.

Los Blancos rank third in the EuroLeague in scoring this season with 85.9 points per game. Coach Pablo Laso’s side had reached 90 points 11 times and won in each of those game. On the other hand, Zalgiris does not fare as well in high-scoring affairs and is 2-9 when it has surrendered at least 80 points. If Sergio Llull and Facu Campazzo can dictate a fast-paced tempo, Madrid will be favored to win its 12th straight game over Zalgiris.

The Zalgiris frontline has done well this season in limiting opponents to just 30.4 rebounds per game, but it has allowed many points in the paint. Opponents have averaged 54.1% shooting on two-pointers and this week will face some of the most dangerous scorers in the paint between Walter Tavares (76.1% 2FG) and Gustavo Ayon (68.5%). If the Zalgiris big men can control the rebounds and limit Madrid’s scoring in the paint, the Lithuanian champs will have better chances to win in Madrid.