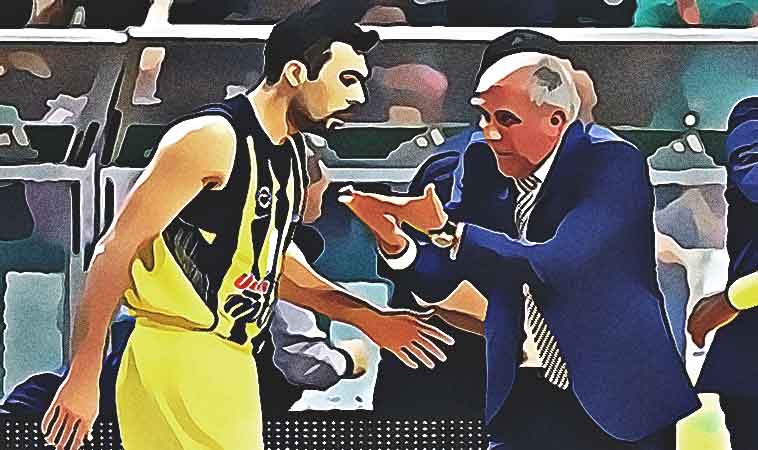 This clash of perennial title contenders is always must-see basketball and it is heightened this week as both teams are hungrier than ever for wins. CSKA has lost two of its last three games and Coach Itoudis is still working on the lineup with center Kosta Koufos having made his debut last week and Final Four MVP WIll Clyburn out for the season. Fenerbahce is off to its worst start of the decade at 2-5, but claimed an uplifting victory over FC Bayern Munich last week. The game will be Nando De Colo’s first against his former club after playing the past five season with CSKA and leading the team to a pair of EuroLeague titles.

Scoring in the paint has been a CSKA strength and a Fenerbahce weakness this season and it is one the hosts would be wise to capitalize on. CSKA is among the leaders in both two-point shooting (54.7%) and opponents two-point shooting (48.5%). Fenerbahce is among the worst in both categories (47.8% shooting, 53.5% for opponents). If Kyle Hines and co. can continue that way, it will help CSKA.

Fenerbahce has been getting beaten on the boards and must put a stop to that, especially in a tough road game against CSKA (37.0 rpg.). Despite the presence of Jan Vesely, Derrick Williams, Ahmet Duverioglu and Joffrey Lauvergne, Fenerbahce is last with 28.6 rebounds per game. Stopping CSKA from getting easy second-chance baskets and turning some of those defensive boards into transition points would benefit Fenerbahce greatly.

In a showdown of teams who love playing at home, Crvena Zvezda mts Belgrade hosts LDLC ASVEL Villeurbanne on Friday. Both of Zvezda’s wins this season have come at home over playoff contenders and it will be easy to gain its third triumph. ASVEL has also taken down some of the giants at home, but is winless in its three road games. However, ASVEL should be in high spirits after edging defending champion CSKA Moscow last week.

Zvezda has committed the second-most turnovers in the league so far this season (14.9 per game), but not surprisingly has limited that number to 12.5 in its two wins. It’s, of course, a team effort, but if Lorenzo Brown, Filip Covic and co. can keep that number down, it will help the Serbian champs.

ASVEL needs an offensive breakthrough and the talent is there to make it happen. With fine shooters and great athletes, ASVEL has what it takes for a big scoring night. Edwin Jackson, Charles Kahudi, David Lighty and Antione Diot have the most experience and could lead the way. If ASVEL can get into the 80s in points, it would have Zvezda off balance.

Olympiacos Piraeus (2-5) will try to put an end to a two-game slide when it hosts Zalgiris Kaunas (3-4) on Friday. The Reds are looking to regroup after losing both of those games by sizeable margins after stunning defending champion CSKA Moscow on the road in Round 5. Zalgiris had a marquee road win of its own by beating Fenerbahce in Istanbul in Round 6, but lost last week at home to FC Barcelona. Zalgiris has won four straight and seven of its last eight games against Olympiacos.

The Reds have averaged 86.5 points per game in victories, but just 65.8 points in defeats. That sums up the situation and Olympiacos must find its rhythm quickly against Zalgiris’s aggressiveness to have a good chance. The team has no shortage of scoring weapons both in the paint and from the perimeter, but its 29.9% three-point shooting is worst in the league. More threes at better accuracy from the likes of Kevin Punter, Brandon Paul and Vassilis Spanoulis would be a great start.

Zalgiris is 3-1 this season when it has held opponents to less than 80 points and that is surely an attainable goal considering that Olympiacos has averaged a mere 71.7 points per game. On the offensive end, Zalgiris must cut down on its 14.3 turnovers per game.

Two teams in need of wins will square off in Round 8 when Valencia Basket (1-6) hosts FC Bayern Munich (3-4) on Friday at La Fonteta. Valencia went back to the losing path last week against Panathinaikos just when it had managed to win its first game. The Spanish team needs wins soon if it wants to stay in the race. Bayern is faring quite better, but the German champs lost the last two games in a row, so they will travel to Valencia to try to get to the winning path again.

Valencia goes back home for another game in which it desperately needs a win. The only win so far arrived at La Fonteta, so the team will rely on its fans again to give them that extra edge. On paper, Bayern arrives with better numbers about everywhere, so the hosts will have to focus and prepare the game well. Valencia has the manpower, the talent and the experience, but needs players like Maurice N’Dour, Aaron Dornekamp and Guillem Vives to step up in offense to contribute with their points. Valencia has the fifth weakest offense in the league, a position it is not used to.

Coming into the game, it looks like Bayern has a bit of an upper hand over Valencia. The net difference between the offense and the defense of both teams is a +11 for Bayern. The guests also score more efficiently from the field and, even if not by a long shot, have better average PIR. If Bayern focuses on Dubljevic, Jordan Loyd and Fernando San Emeterio, it will have an eye on almost half of the point production of the hosts, so defense will be, again, key for Bayern to get back on the winning track where it was befor dropping two in a row.