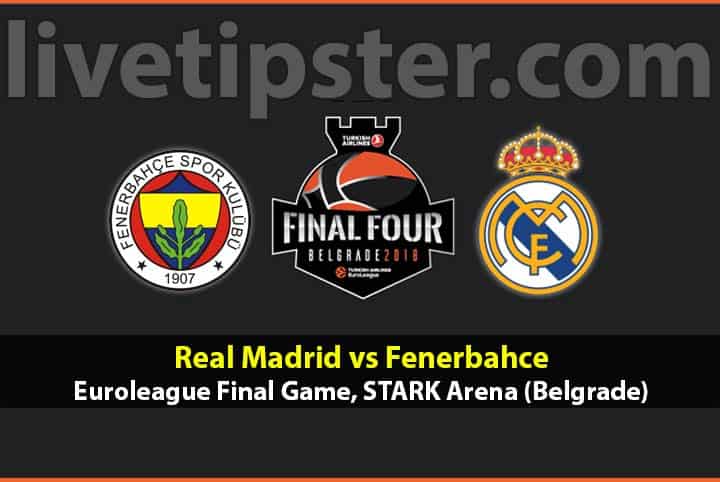 There are so many storylines for the matchup between Fenerbahce and Real Madrid in the 2018 Turkish Airlines EuroLeague Championship Game at Stark Arena in Belgrade, Serbia, on Sunday night. Fenerbahce looks to join the small club of teams to successfully defend the EuroLeague title. Madrid, the winningest team in EuroLeague history, looks to capture its 10th crown. A win would be magical for Serbian native Zeljko Obradovic; it would be his 10th individual EuroLeague title and complete a circle that started when he led a club from Belgrade, Partizan, to the championship in Istanbul. This season he tries to take a club from Istanbul to glory in Serbia. A Madrid win would cap an unreal year for 2017 EuroLeague MVP Sergio Llull, who missed nearly all of the season after suffering a torn ACL, but worked hard to come back in the playoffs and already played a big role in the semifinal. So much at stake between two championship-worthy teams.

The championship game is a matchup between two great teams with completely different styles. Madrid boasts the second-ranked offense in the league with 85.9 points per game, while Fenerbahce has the top-ranked defense with just 75.9 points allowed per game.

In essence, Madrid has more-impressive numbers because it plays at a faster pace with Luka Doncic, Sergio Llull and Facu Campazzo all pushing the ball. However, Fenerbahce is nearly as efficient on offense and can get up and down too with Brad Wanamaker, Ali Muhammed and Kostas Sloukas. Likewise, Fenerbahce can play lockdown defense with Jan Vesely and Jason Thompson in the middle, forward Nicolo Melli and Nikola Kalinic providing physicality and James Nunnally and Luigi Datome stifling opposing swingman.

On the other hand, Walter Tavares, Anthony Randolph and Gustavo Ayon give Madrid great size in the paint, Felipe Reyes adds the muscle and Rudy Fernandez and Jeffrey Taylor are players no attacker is pleased to see facing him. Both teams are deep; 11 different Madrid players scored in the semifinal and 11 different Fenerbahce players played at least eight minutes in their game. There are no favorites, just two competitors worthy of the title, but only one can be the 2018 EuroLeague champion.

Master meets apprentice when Fenerbahce Coach Zeljko Obradovic goes up against Zalgiris play-caller Sarunas Jasikevicius, who won the EuroLeague title as a player under Obradovic with Panathinaikos in 2009. The progression of dark horse Zalgiris to the Final Four has been one of the biggest surprises in the EuroLeague in recent seasons, but the Lithuanian champion absolutely deserves to be in Belgrade after an outstanding campaign which included regular season wins against top-four finishers Fenerbahce, CSKA, Panathinaikos and Olympiacos, and then a 3-1 playoffs victory against Olympiacos. Brandon Davies was named April’s MVP after an outstanding playoff series and his battle in the paint with Jan Vesely will be a key. Backcourt supremacy will also be crucial, with Kevin Pangos averaging 2.2 three-pointers and 6.0 assists per game while Kostas Sloukas set a new playoffs record with 36 assists in four games (9.0 per game).

Expect a high-scoring and exciting shoot-out between this season’s two highest-scoring teams, with CSKA mustering 89.2 points per game and Madrid 85.7. Los Blancos’ challenge received an enormous boost in the playoffs as last season’s MVP Sergio Llull made a successful return from injury and Madrid will hope to further strengthen its backcourt by welcoming back Facundo Campazzo after he missed the playoffs with a knee injury. CSKA also has injury concerns with Nando De Colo and Kyle Hines targeting a Final Four return after spells on the sidelines. Madrid enjoyed a comfortable 82-69 victory when the teams met in Spain in Round 2, but CSKA – which will have Sergio Rodriguez and Othello Hunter going up after their former team – gained revenge with a 93-87 victory in Moscow in Round 21. Despite both teams being perennial title contenders, this is their first meaningful Final Four meeting this century.