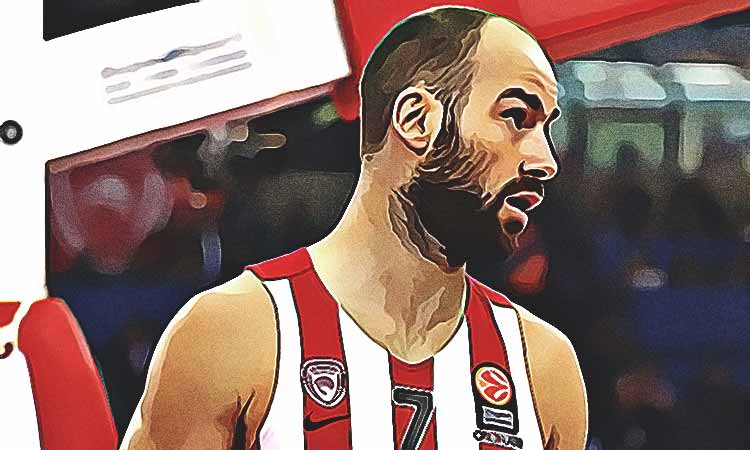 Standings leader Anadolu Efes Istanbul (20-3) will look to continue its eight-game winning streak in Round 24 when it welcomes Zalgiris Kaunas (9-14) on Thursday. Efes comes back home fresh off another feat, having defeated CSKA in Moscow earlier this week, 80-82, for the first time in 21 years. On the other side, Zalgiris won its third in a row in style against Olympiacos at home, 94-69.

There’s no stopping Efes right now. Or that’s what it looks like. The team has shown it can even deal with injuries and keep on winning, with its game-long control on CSKA’s court just another display of power. Efes has the second-best offense of the league and gives up exactly the same 77.4 points per game as Zalgiris does. If the main Efes perimeter trio that worked against CSKA – Larkin, Vasilije Micic and Rodrigue Beaubois – remains inspired, head coach Ergin Ataman will have to pull few other special strings to keep the leaders moving in the direction of an early qualification to the playoffs.

If Efes seems a tall order for Zalgiris right now, beware. The Lithuanian team has won its three last games and sits just two victories away from the playoff spots, so the guests will land in Istanbul with maximum ambitions. Head coach Sarunas Jasikevicius will have to make sure that his defense takes care of many things, especially Efes’s league-best 41.4% from beyond the arc. At this point, however, Efes is doing many things right and averages a PIR of almost 20 points higher than Zalgiris’s. The first step to victory for the guests will be to show their courage and ambition for 40 minutes – but 14-of-22 shooting from the arc as they did against Olympiacos wouldn’t hurt, either.

Two teams coming off losses earlier on Tuesday will face off to salvage the week as Olympiacos Piraeus (9-14) welcomes defending champs CSKA Moscow (16-7) in Round 24. Olympiacos suffered a blowout loss at Zalgiris, 94-69, and has not managed to win two games in a row since Round 11. After its five-game winning streak get snapped at home by Efes, 80-82, CSKA will also look to return to its winning ways.

There’s not such a statistical gap between these teams as the standings might imply, but probably the biggest problem for Olympiacos this season is focus and consistency. There is an average PIR difference of just 1.2 between them, in favor of CSKA. Olympiacos already has the third-best numbers in two-point shots in the league, so it will have to pay more attention to other aspects, like rebounds and defense, which is where the guests seem to have the biggest advantage right now.

The champs just suffered their seventh loss of the regular season, which is already one more than the total they suffered in that same phase the previous two seasons. This speaks volumes about the increased level of the competition, and the fact that CSKA already lost to the Reds at home this season, should make the guests be alert from the tip-off. Olympiacos seems to find good shooting options inside the perimeter by circulating the ball, so putting pressure on that will probably be one of the main focuses of the guests going into the game.

ALBA Berlin will try to end its winless streak against Real Madrid when it welcomes the Spanish powerhouse to the German capital. Two teams have met nine times this century and Real has won each one of those meetings, including seven EuroLeague contests. Both teams are coming off narrow wins on Tuesday. ALBA pulled out a 96-102 road triumph at AX Armani Exchange Milan, while Real edged KIROLBET Baskonia Vitoria-Gasteiz 70-69 in a drama on its home floor.

It is imperative for ALBA to stay true to its game plan, to set the tempo to its liking and force the mighty visitors to adapt to the style of play. Even though ALBA has eight wins compared to Real’s 17 on the season, it is ALBA that leads the EuroLeague in assists (19.7 apg.). Offense is ALBA’s best defense and there is no reason to step away from what has been setting this team apart from the rest of the league.

This game will be another test for Real’s defense, which has kept the team in games lately and will need to step up once again. Real’s high-powered offense has struggled, scoring 75 or fewer points in three of its last five games, but the defense has been doing the job throughout the season. Real has held opponents to 77.1 points this season and only one team allows fewer than that this season. Real will need to put pressure on the perimeter and pay attention to Luke Sikma to slow down ALBA’s efficient ball movement.

Baskonia comes off a 1-point loss against Real and is 2-8 in its last 10 EuroLeague games. ASVEL ended a six-game losing streak with a convincing home win against FC Bayern Munich on Tuesday. The French champion, however, is 1-10 on the road in this EuroLeague campaign. Toko Shengelia (15.8 ppg.) is Baskonia’s top scorer until now, followed by Shavon Shields (9.6 ppg.) and Nik Stauskas (9.3 ppg.). Adreian Payne (10.3 ppg.), David Lighty (9.6 ppg.) and Livio Jean-Charles (9.2 ppg.) are leading ASVEL so far.

Baskonia only pulled down 7 offensive rebounds against Real on Tuesday and allowed Los Blancos to take 16. That difference, added to its 19 turnovers, caused Baskonia to shoot 13 fewer field goal attempts than its opponent. Baskonia has the right players to box out, like Shengelia, Youssoupha Fall and Michael Eric, but the whole team must help under the boards to get more second-chance opportunities and fastbreak points.

ASVEL forced Bayern into 22 turnovers at the Astroballe on Tuesday, almost 10 more than its season average (12.7). It will need the same kind of mentality and aggressiveness against a character team such as Baskonia. Jordan Taylor and Maledon must set the right game tempo, playing five-on-five offenses to get Jean-Charles, Jekiri and Payne involved in the paint. Putting pressure on Baskonia’s ballhandlers, Christon and Sergi Garcia, will be very important, too.