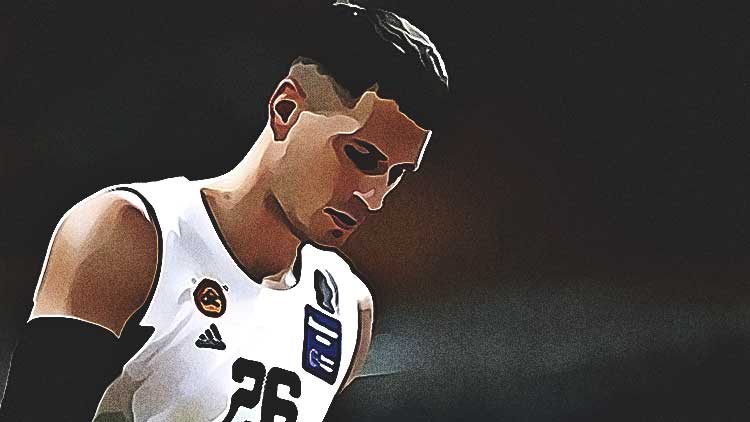 Zenit comes off its fourth road win this season but has only managed to win once in front of its home crowd. Baskonia comes off a home loss against Fenerbahce and wants to bounce back right away. Will Thomas (10.5 ppg.), Austin Hollins (10.1 ppg.) and Mateusz Ponitka (9.8 ppg.) are leading Zenit right now. Toko Shengelia (16.9 ppg.) is Baskonia’s top scorer this season, followed by Nik Stauskas (9.4 ppg.) and Shavon Shields (8.6 ppg.).

Zenit is the top offensive rebounding team in the competition at 12.1 per night. Being able to sustain that number without Ayon was a challenge, but Zenit succeeded last week, pulling down 13 offensive boards against Khimki. Running its offense through Ponitka and Thomas, its most effective players, will be critical, as well as cutting down turnovers; Zenit had 15 against Khimki and is averaging 13.3 so far this season.

Even though the numbers have improved since Coach Dusko Ivanovic joined the team, Baskonia still ranks 15th in three-point shooting (32.8%). Getting players like Nik Stauskas and Matt Janning involved will be an important task for Pierria Henry, who is seeing most of the minutes at point guard. Preventing Zenit from crashing the offensive glass is also critical. For that, Baskonia relies on its centers, Youssoupha Fall and Michael Eric.

At the end of November, these teams were one win apart, but since then Zvezda (9-9) has changed things up, on the bench and the roster, and soared into the playoff positions with a four-game winning streak. Zalgiris (5-13) is now tied for last place despite winning twice in the last three games, making every tipoff crucial now for a team that was in the Final Four two seasons ago and in the playoffs last year.

The hosts had their outside game locked down with Brown and Baron, and now have center Vladimir Stimac averaging 13.3 points since arriving three games ago. That inside-outside balance makes Zvezda tougher to beat and requires opponents to stop it or match it, which is not easy when the Belgrade home crowd gets involved. Zvezda commits a lot of fouls, however, and shoul be wary of Zalgiris, which draws more than all but one other team. A lot of free throws for the visitors could neutralize some of that home cookin’ in Belgrade.

Zalgiris can take heart in having much better two-point and free-throw percentages than Zvezda while still matching the hosts in average three-pointers made. Zvezda, however, has the best defense in the EuroLeague over the last three games and has held five opponents under 68 points this season. Zalgiris struggles at defensive rebounding and rim intimidation, which can deflate a team that doesn’t score a lot. Both will be required if Zalgiris hopes to withstand the Belgrade crowd and avenge its earlier loss to Zvezda.

Panathinaikos is the highest-scoring team in the competition (88.1 ppg.), taking more two-point shots than any other team (42.8 per game) with an excellent accuracy rate (55.8%). That means rhythm is everything for Panathinaikos. Point Calathes and Tyrese Rice will keep pushing the tempo and trying to get everyone involved. With so many scorers, being so unpredictable on offense is the Greens’ biggest strength.

Bayern is allowing opponents to get 33.8 rebounds on average but CSKA pulled down 46 against the German powerhouse last week. Other than doing a better job at boxing out, which is critical against a strong, physical team like Panathinaikos, Bayern needs to get Monroe involved down low, and rely on Lucic, Petteri Koponen and Nihad Dedovic to make the difference at both wings. Lo has a critical role against Fredette on defense, too.