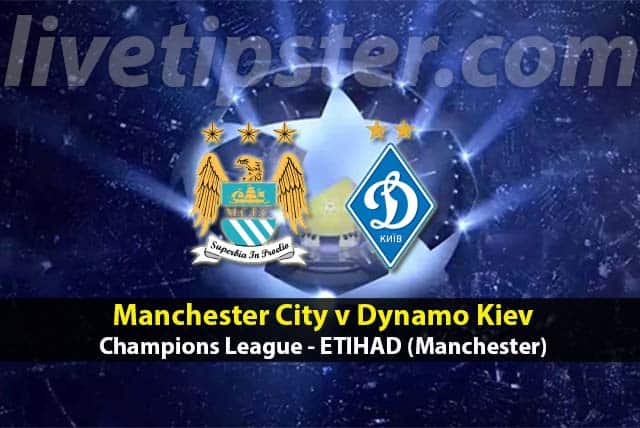 Manchester City is seeking to reach UEFA Champions League quarter-finals for the first time. It is already the first time that they reach the last 16 as group winners. The win in Kiev (1-3) was the perfect foundation and City only needs to be careful and build the first floor. There will be another (floors or matches) for European glory, something that could finally set the Citizens in the elite of European football.

Pellegrini’s men scored more goals than any other team in the final 15 minutes of games in the tournament. They have a poor run in the English competitions but Manuel Pellegrini is asking to focus on their main targets. It is actually his scheduled ‘departure’ from the club that has influenced certain players, but this is the time for the Citizens to make history and they have to concentrate to finish the job.

Yaya Toure is declared fit to play and should start. Delph and De Bruyne remain sidelined.

Dynamo Kyiv qualified from the group stage for the first time since 1999/2000. Serhiy Rebrov, Dynamo coach, was part of that team alongside Andriy Shevchenko. In this year group stage they came second behind Chelsea, knocking Porto out by beating them in Match Day 5 in Portugal. The last match against Maccabi Tel Aviv secured a place in the last 16. The Ukranian league leaders (3 points ahead of Shakhtar Donetsk) had only played friendly games until they lost to Man City. Their championship has now restarted and they managed a win away to Karpati (1-2) coming back from behind to win all 3 points.

Rebrov will give a late fitness test to Danilo Silva. Rybalka is injured and will miss out for the first time in this campaign. Alla injuries are listed below.

Our bet: Man City’s second win is the ‘easy path’ in this game. Dynamo can prove a decent opponent. I believe they will score. If they do it first or second should not really change anything. City should be soon in the quarter-finals.