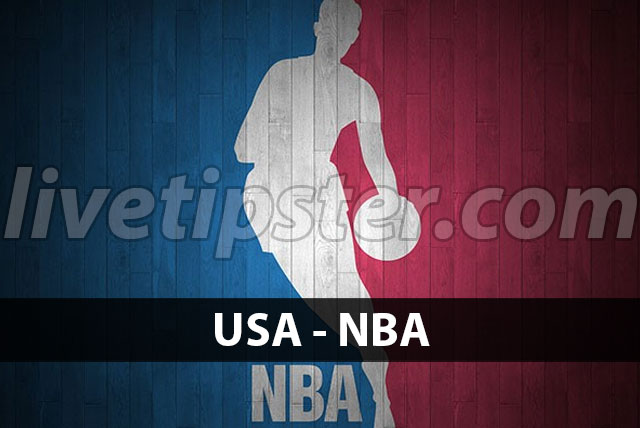 The new season in the NBA starts in a few hours and it is more than clear who is this year’s favorite. It is not easy to give NBA predictions today, but we will give it a go. The current champions Golden State Warriors are the team most people bet their money on to win a second successive title and 3rd in 4 years.

Who can beat the Warriors?

The addition of KD last year was the cheery on top of the cake for a team with so much talent that is trying to leave behind it a dynasty like the Chicago Bulls did before. It does not come as a surprise that GS Warriors are priced at 1.55 (11/20 UK) to win the title. Second favorite is Cleveland Cavaliers and King Lebron, priced at 6.00 (5/1 UK).

The pre-season built great expectations. The experts called it the best off-season ever in the NBA. Some transfers and swaps were so unexpected and shocking that they could change the balance between teams. Kyrie Irving‘s move to Boston from Cleveland was the most discussed in the summer. It included the move of Isiah Thomas vice versa.

It is the teams of the West Conference that have strengthened more and it is now even harder to determine which teams will get a play-offs place. Competition is huge and only the top-4 looks a bit clear because of the presence of Golden State Warriors, San Antonio Spurs, Houston Rockets and Oklahoma City Thunder. Most of the remaining teams have a chance, with less or more possibilities.

The current odds show that 5 of the 7 favorites to win the title come from the West, which proves why it is… wilder than ever.

Maybe the Spurs are the team less improved regarding to the squad, but nobody can write off the super coach Gregg Popovich and hos experienced set of players.

As for the 4 positions left to fight for, Minnesota looks as the underdogs with the addition of Butler, Gibson and Crawford helping the already talented side. So, the Timberwolves might be the team to watch during this exciting season. Minnesota is priced at 1.95 with bet365 to exceed the mark of 48.5 wins. 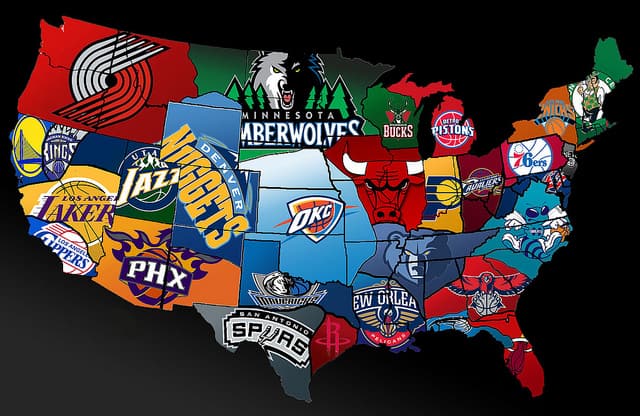 East and the Beast!

On the East coast things are different. A number of good players left to travel west and the games here might prove more interesting and challenging with more surprises on the long way of the regular season. Cleveland Cavaliers are definitely the team for the others to beat. Thomas, Wade and Rose are more than capable to make everyone forget about Irving and make the champions of 2015-16 lead the conference. It looks quite safe to say that they will exceed the 54 wins needed to make the odds of 1.71 with bet365 a winning bet.

Behind the Cavaliers, there will be great competition including the renewed Boston Celtics, the always with quality Toronto Raptors and the team of the capital Washington Wizards. Not to forget the 76ers, who hope to return in the NBA’s elite.

The -always have to mention from respect- Chicago Bulls might have another low season and the scenario is similar for the New York Knicks.

But here, allow me to say who can be the team to break the odds. Milwaukee Bucks. A team that reached the play-offs last season gaining 9 positions and having a positive win percentage for the first time after 2010. It will not be a surprise if they jump in this year’s percentage too, so the 46.5 wins looks a must and is priced at 1.95 with bet365.

It seems Milwaukee will go as far as Giannis can take them.

With another year of experience for Giannis Antetokounmpo and Thon Maker heading into next season, Milwaukee is expected to compete for a top-four seed in the East. The Greek Freak experienced a meteoric rise last season, delivering career highs in almost every statistical category. He won the Most Improved Player Award, played in the All Star Game and ended the season on second-team All-NBA. He starts the season coming from an injury, but with MVP buzz now circulating around the four-year pro, it seems as though Milwaukee will go as far as Giannis can take them.

The main concern is the Bucks’ lack of scoring punch outside of Antetokounmpo. Jabari Parker looked to be a perfect wingman for Giannis after scoring 20 points per game in 51 contests last season, but he is sidelined until the All-Star break. Tony Snell and Malcolm Brogdon can’t be counted on for large outputs, and Greg Monroe will likely see a reduction in playing time with the rise of Maker. Middleton has to emerge as Milwaukee’s No. 2 option behind Giannis.

Barring any health setbacks, Milwaukee should find itself competing for one of the East’s top seeds next season. If they manage to come to the top of the Central Division, a bet at 8.50 (15-2 UK) will be paid to those risk takers. Or should I see to… us risk takers?