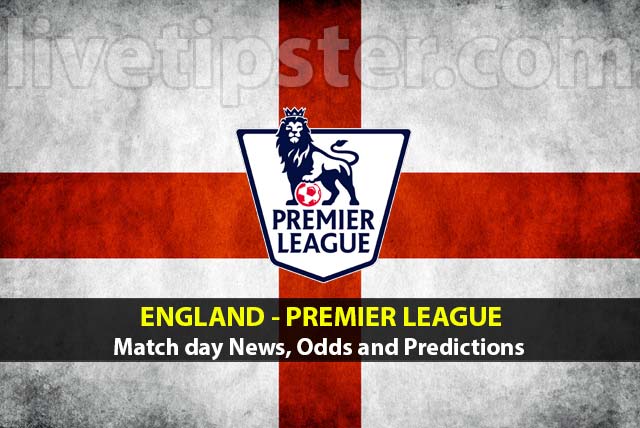 Premier League predictions of the current  match day are listed below. Any Premier League tips are also in a table below for you to find easily.

I’ve made three selections from the main course of this match day, making it a 3-meal course. Let’s go.

From the games starting at 19.45 (GMT), the odds would suggest that Newcastle vs Everton is a more probable draw. However, I see the Southampton – Leicester being the pair to share the points and I will take my chances on this one. Claude Puel’s influence in Leicester is more than obvious and being an intelligent man he knows that a draw can keep them going with the same motivation. Yummy starter, isn’t it?

Having built an appetite even if I did like (won) or dislike (lost) my starter, I am heading to Anfield where Liverpool need the 3 points against West Brom. They have been playing some excellent attacking football lately but drew the Merseyside derby with Everton (1-1). I can see why Klopp is furious about the penalty given away from Lovren (soft but penalty). His reaction had to do with his team’s performance which was good in the whole pitch but in front of the goal. They’ll bounce back I suppose (like everyone else does) and we could expect a high scoring game. Liverpool could score 4 on their own so Over 3.5 goals in the game sounds good at 2.20.

My main food is still to chew and dessert is here already with the Bet of the Day coming from the London Stadium. West Ham host Arsenal a few days after their triumph against Chelsea (1-0). That would normally indicate that they could be the Gunners too, but it will be hard for them to keep another clean sheet within 3 days with this kind of opponents. Nevertheless, I expect the Hammers to score too, making this a nice dessert to end the night.

Our latest and previous picks for the Premier League are listed below.

There is midweek action on Tuesday and Wednesday with 3 and 7 matches respectively.

On Tuesday the match day kicks off at Burnley where the local team host Stoke. To be honest I have been chasing a Stoke away win in the past 4/5 matches (not the one vs Tottenham obviously) and only made it once. Burnley has been flying high at the moment holding 7th place. They remind me of the Greek myth about Icarus and Daedalus to be honest (https://en.wikipedia.org/wiki/Icarus). Flying a bit too high Stoke can be the ‘sun’ of tonight’s story and ‘melt’ Burnley’s hopes to get even higher.

On the other pick of the night Huddersfield host Chelsea. The home team ended a streak of 4 losses with a 2-0 win versus Brighton. They have been good at home (4-2-2) losing only to Tottenham and Man City. Chelsea lost the London derby to West Ham (1-0) on Saturday and there are rumors that Conte is under pressure. The Blues sit 14 points behind leaders Man City and 3 ahead of 5th place Arsenal. Las year they were excellent but there was no European games in the picture. Now there have been and the team has about two months to tighten the gap to the top until they face Barcelona in February. They reacted well in most cases so far and I expect them to do the same here coming out strong from the first half.

As always, bet365’s Euro Soccer Bonus will be available for your Premier League acca potentially earning you up to an additional 100% on your winnings click here to find out more.

Our daily football tips can be found here.

Please note that the stakes used are relevant to an alternative Fibonacci sequence for making profit. If you follow any of our other staking strategies on football predictions or Bet of the Day, you should not mix with this one.