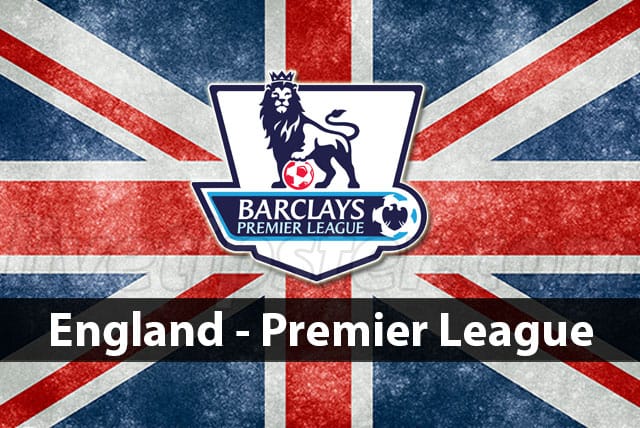 The two teams are separated by 13 points, with top-of-the-table Leicester looking to extend their advantage over rivals Manchester City and Arsenal, who both trail by three points. Ranieri’s men have had 10 days in which to prepare following their 3-0 home win against Stoke City in the Premier League, but the visit of Liverpool to the King Power marks the start of a potentially pivotal run of fixtures for the club. The Foxes face tricky-looking trips to both the Etihad and Emirates over the next fortnight, before returning to finish February at home to struggling Norwich City.

Ranieri hopes to have winger Jeff Schlupp available after a recent hamstring problem, otherwise the Italian has a fully-fit squad from which to chose from.

Liverpool boss Jurgen Klopp will welcome back several first-team regulars against Leicester City after making 10 changes in the FA Cup fourth-round clash with West Ham United. Only Simon Mignolet kept his starting place as the Reds played out a goalless draw against the Hammers on Saturday evening, and the replay adds another game to an already crowded fixture list for Klopp’s side.

Captain Henderson will return for Liverpool after sitting out at the weekend to rest his heel problem.

Strikers Daniel Sturridge and Divock Origi, playmaker Philippe Coutinho and defender Martin Skrtel are all set to return to training this week but will not be considered for the match against the Premier League leaders.

The most interesting element to take in consideration on this game is the odds. Arsenal at 4/5 (1.80) is a price to think twice as a ‘too good to be true’. There is an explanation though. The Gunners are without a win in the Premier League since their 1-0 vs Newcastle on January 2, and their recent form has allowed Leicester to go 3 points clear at the top of the table. Alexis Sanchez scored the winner against Burnley last Saturday (2-1 in the Emirates) when Wenger made nine changes from the team that lost 0-1 to Chelsea.

Tomas Rosicky is out once more. The Czech Republic international only returned from a knee problem ahead of Saturday’s FA Cup victory over Burnley but suffered a thigh problem during the game and will spend another spell on the sidelines. Bellerin, Monreal and Cech should return. New signing Elneny is waiting for his Premier League debut after the one in the cup. Coquelin, Welbeck, Cazorla and Wilshere are all out.

Southampton head to the Emirates in good form and knowing that revenge matters to the Gunners after their 4-0 victory over them on Boxing Day. Austin came off the bench to score the winner at Old Trafford on his Southampton debut as the Saints earned their third win in a row (0-1). The striker could now make his first start for the club.

Pelle and Davis remain doubtful while Jay Rodriguez and Gardos are unavailable.

We will bet on Under 2.5 goals here waiting for a tough match and some good defending from the Saints.

Manchester United passed through Derby County in the Cup on Friday night, while Stoke lost at Crystal Palace – just days after their Capital One Cup semi-final loss to Liverpool. In the Premier League the Red Devils currently occupy 5th place – 4 points and four places ahead of the Potters. Louis van Gaal is always under pressure and was booed alongside his players last time out as they suffered defeat at home to Southampton (0-1).

Stoke went down 3-0 to table-topping Leicester City in their last Premier League game. But they strolled past United when the sides met over the festive period, as United put in one of their worst showings of the campaign to date. Marc Wilson is out. Mark Hughes made eight changes for Saturday’s FA Cup loss to Crystal Palace, with the likes of Peter Crouch, Glen Johnson and Marko Arnautovic all missing out.

As of the match mentioned played in Boleyn Road, it is our pick of the day. Read the preview and tips on West Ham v Aston Villa.

With bet365’s Euro Soccer Bonus you can earn up to 100% more on your returns if you place accumulators on the Premier League, Primera Liga, Bundesliga, Serie A or Champions League. Place a pre-match accumulator of three or more selections on the Full Time Result or Result/Both Teams To Score markets combining teams in any of these competitions, and if successful, bet365 will add the relevant bonus to your returns.

That’s not all, with the Bore Draw Money Back offer even a goalless draw is never the worst result with bet365 – if you place a pre-match bet on any Correct Score, Half-Time/Full-Time or Scorecast markets for any Soccer match and if the game finishes 0-0, bet365 will refund your stake if the bet loses.

With a range offers and extensive pre-match and In-Play markets, bet365 is a great place for all your Soccer betting.

BTTS is the initials from the phrase Both Teams To Score and it can also be found around Europe as Goal/Goal, just Goal (No Goal would be the opposite) or G/G elsewhere. BTTS tips or BTTS Predictions refer exclusively to a football type of bet.

BTTS tips is one of the categories for which we provide predictions. Predicting Both Teams To Score in a specific football match is challenging and usually has a nice feeling. It makes you celebrate the goals of both teams, something you don’t normally do when the team you follow plays, right?

In other places of the world it is also known as Goal Goal, in abbreviation G/G (we use this too), or simply as Goal. The opposite bet is the No Goal (both teams will not score) or N/G.

BTTS is an abbreviation and a betting term. When a punter bets on BTTS on a specific game it means that both teams need to score for the bet to be a winner. If one of the two teams (or none) scores, the bet is lost.

In some cases the bet type is BTTS and the punter needs to make a selection with a ‘Yes’ or ‘No’.

This post lists our football tips including a BTTS. As we always do in our tables (on our football predictions), it is independent in relevance to the staking we suggest. Of course, this is your own money you bet with and we are only showing stakes as examples.

Click here if you want to check our single bet of the day.

BTTS Tips – Both Teams To Score – Which ones?

Factors that influence a result and can lead to a Both Teams To Score match:

BTTS Tips – How to make such a pick?

This is an answer that changes from season to season but also within the same one. For my BTTS bets I prefer to pick teams who:

BTTS Predictions – Which are the best leagues?

Not all matches are the same and this can be said for the different leagues.As a general rule, remember to check more on the following league when placing a BTTS bet.

We suggest both teams to score tips every single day, so remember to check on the relevant pages on a daily basis.

Check in for the best free football betting tips for today’s matches! LiveTipster provides free daily football tips from around the world, as well as basketball tips from the NBA and the Euroleague.

There are also tennis and other sports tips from valuable sources. We focus on live tips to use in your live betting sessions. As always, bet responsibly.

What to expect from our football tips

If you are new and you want to know what to expect, this could be free picks from major competitions as in many cases from smaller ones. You will find games less popular, considered as secret gems in our daily football tips.

Click here if you want to check our single bet of the day.

Other category specific football tips include Both Teams to Score tips (G/G, Goal/Goal stated elsewhere) or in short BTTS tips.

Our football tips are 99% of the times single bets. We have a Bet of the Day almost every day of the year in football.

However, the football accumulator is everyone’s favorite type of bet. To be honest, who doesn’t like the idea of turning 10-20 pounds into 200 pounds in about 90 minutes? We offer accumulator tips for major betting markets, as well as league specific accumulators for the Premier League and European tournaments.

We also cover other sports during the week, like the NBA, Euroleague and tennis, which you can find on our homepage.

Do you want football tips during the week?

We write in detail every Champions League match (injuries and suspensions, latest news, standings) and all other major European leagues, including Europa League, Premier League, Serie A, La Liga, Bundesliga. We also cover extensively all international cups, including the Euro and the World Cup.

Remember to check the prices we suggest (we always mention the time and are subject to change) when they were released on week and weekends, so that no value is lost. Our goal is to cover all games, every day of the week and cover your favorite bet types. I bet we got your tips.

What types of bets do we suggest?

There is no limit on the type of bet we suggest. It could be a simple home win, a draw or away win to some less common wagers. Some of the most popular are:

The type of bet is one of the main things that should suit your style of play. Also, remember that most football tips can be ‘translated’ into something different. ie. a bet ‘2-1 correct score’ can also pay off as a ‘both teams to score (G/G)’ bet.  Don’t forget to enjoy the game and good luck!

Wait and… win with our long-term Predictions!