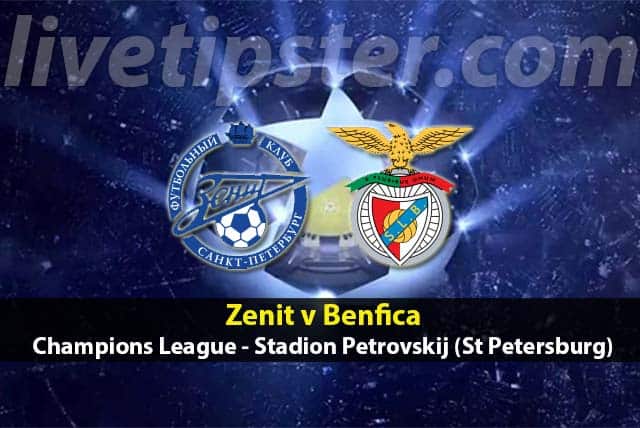 Zenit is ready to reach a first-ever quarter-final in the Champions League. To do so, they must overcome a disappointing start to 2016 and overturn a 1-0 deficit against a Benfica side in top form but depleted by defensive injuries. Villas Boas’ team is far from consistent in recent games. They are still trying to get in form after the winter break in the Russian Premier League. What happens there does not really conflict with European success. Yes, it would be better not to receive that injury time goal in Lisbon, but what is done is done. Zenit must fight back to qualify.

Criscito and Javi Garcia are suspended, while Fayzulin is a long term absentee.

Benfica have won the big Lisbon derby away to Sporting (0-1) with Kostas Mitroglou scoring the only goal after 20 minutes. The Greek international might have to be sacrifised tonight from Rui Vitoria, who is preparing a defensive approach to the game. He cannot do otherwise, missing all but one of his central defenders. He had to call 18 years old Ruben Dias in the team. However, he appeared really confident about his team and suggested they will attack to score at least a goal that will help them make it to the quarter-finals.

Julio Cesar (GK), Luisao, Lisandro Lopez (D) are all injured, while Jardel and Andre Almeida (D) are suspended ahead of the crucial game.

Our bet: Zenit is playing at home, where they have a strong record. Benfica’s missing players are play a crucial role to backing the home win at 1.95 (19/20 UK).

Pick of the Day