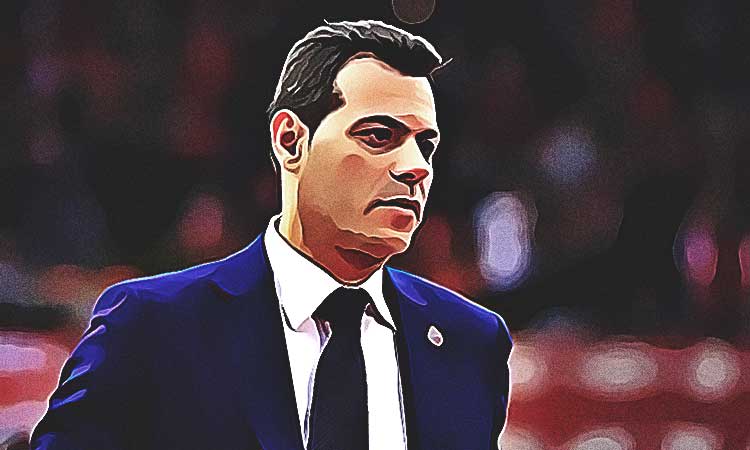 Fenerbahce looks to snap a three-game slide when it hosts Bayern, which is targeting its first road victory. Despite its poor start, Fenerbahce is 1-1 at home and its lone loss in Istanbul saw it blow a late lead. Bayern started the previous week with an uplifting victory over Real Madrid before getting blown out by 33 at KIROLBET Baskonia Vitoria-Gasteiz.

Fenerbahce has relied heavily on lead leading scorer Nando De Colo (22.3 ppg.) to carry the offense with no other player averaging double figures in points. Coach Obradovic’s side must change that, especially with the talent level of the players on the roster. A balanced attack with four scorers in double figures would put pressure on what has been a very good Bayern defense.

Bayern has been outrebounded by a total of 27 rebounds and has shot 10 for 31 (32.2%) on threes in its two road games so far. If the German champs can improve their performance on the glass and raise their three-point numbers – Bayern is 22 for 47 (46.8%) from downtown in wins, Coach Dejan Radonjic’s side may be in position for a big road win.

Other than being backed by an extraordinary atmosphere, Zalgiris has to be more effective on offense. It ranks 14th in two-point shooting percentage (47.8%) and ties for second place in turnovers (15.0 per game). Zalgiris ties for first place in offensive rebounds (12.8 orpg.) and that will be the biggest key for the Lithuanian powerhouse – be aggressive all 40 minutes, limit turnovers and find better scoring options around the basket.

Marius Grigonis is questionable after injuring his foot last week in Istanbul. Rokas Jokubaitis is back after the wrist-injury and already had some practices with the team.

Barcelona is allowing just 72.7 points per game, limiting opponents to hit just 45.1% of its two-point shots and 33.9& of its attempts from beyond the arc. Barcelona needs to keep playing good defense, reaching out and locking the defensive board (10.3 orpg. allowed). It needs Mirotic and Davies to make the difference down low, as well as Malcolm Delaney and Adam Hanga to put pressure on Zalgiris’s point guards Alex Perez and Lukas Lekavicius.

Victor Claver will miss 4 to 6 weeks with injury, but Pau Ribas travels with the team to Kaunas, even if his playing will be a game-time decision.

Panathinaikos (3-3) and Valencia (1-5) will try to build on their confidence-boosting victories in the last round. Panathinaikos, which is coming off a big win over Efes, has scored at least 86 points in each of its last three games, and now will try to keep the trend going against Valencia which battled to its first win of the season against ASVEL in the last round.

Valencia has struggled mightily shooting the ball from long range, ranking the bottom of the league at just 28.2%. However, in each of the two games last week, Valencia shot better than 30%, including 8-for-21 (38.1%) in a win over ASVEL. Valencia is yet to make double-digit three pointers in a game this season, and OAKA would be a good place to start and improve its chances to registered team’s first road win of this campaign.

The final tip-off of Round 7 will take place at Astroballe where LDLC ASVEL Villeurbanne will look to keep its perfect home record intact when it faces the reigning EuroLeague champion, CSKA Moscow. It will be a clash of styles as ASVEL boasts one of the competition’ premier defenses, which has allowed only 68.0 points in its home games, while CSKA is tied for the league-lead in scoring with 87.0 points per game.

Even with its typically strong defense, ASVEL will need to activate its scoring and rebounding touch against CSKA. For the former, it would be an ideal time for a big game from Edwin Jackson or Rihards Lomazs. On the boards, Amine Noua and Jean Livio-Charles will need to step up. Better shooting and limiting CSKA on the glass are vital aspects for ASVEL this week.

Antoine Diot and Adreian Payne won’t be available against CSKA.

CSKA continues to be a team in transition, especially after losing Final Four MVP Will Clyburn for the season. So far, newcomers Mike James and Darrun Hilliard have stamped their names on the offense and Kyle Hines and Nikita KUrbanov have kept the defense running. In CSKA’s lone defeat, it shot poorly from outside (26.9% 3FG), allowed 14 offensive rebounds (and 15 second-chance points) and committed 12 turnovers. Those are three things that if CSKA controls, it should be in good shape.